Pigeons in the Prado

I've blogged before about my preference for museums that tell a clear story.  I just don't have the patience (or the creativity?) to form my own narrative from disconnected, poorly explained objects.  So I was really excited recently to visit two museums in Spain that, in their own very different ways, presented a fully formed idea with originality and panache.  This post is about the first of them: the Prado. 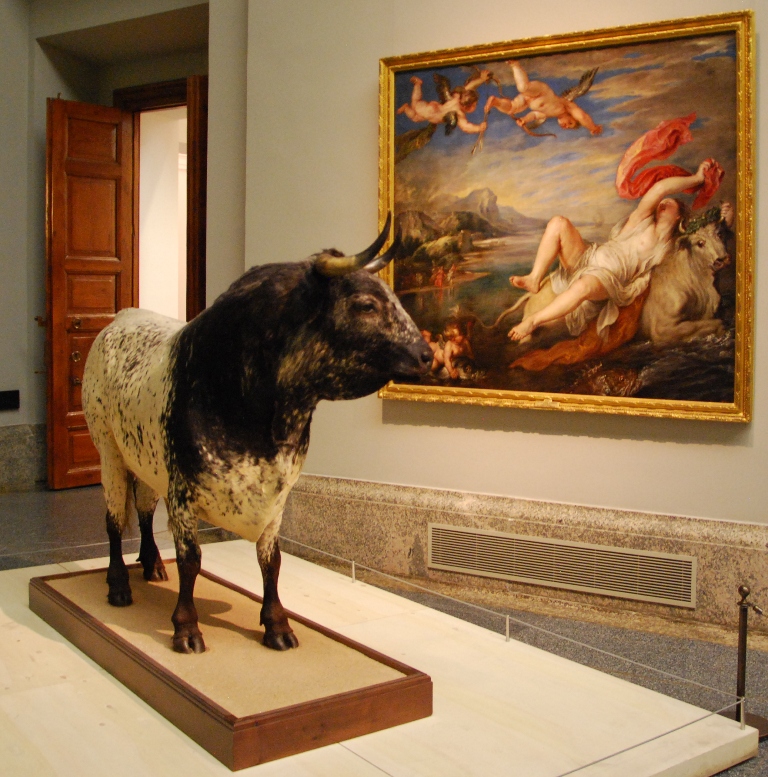 I know what you're thinking: unified vision? in an art gallery?! True, at their worst (let's face it, most of the time) they are just walls of paintings with little explanation - rooms full of canvasses only connected by the fact that the people who painted them came from the same country.  But from November to April the staid corridors of Spain's greatest gallery were subject to an invasion of curiosities.

If it hadn't been for the death of Charles III in 1788 and the subsequent Peninsular War, the Prado building would have housed the royal cabinet of natural history.  That was all the excuse Spanish artist Miguel Ángel Blanco needed to raid Madrid's natural history museum, which conserves what's left of the monarchy's collection of hunting trophies and other curiosities, and scatter 22 items in thought-provoking spots around the massive gallery.  Thus in a simple but startling way he recreated the royal Wunderkammer of the 18th century. 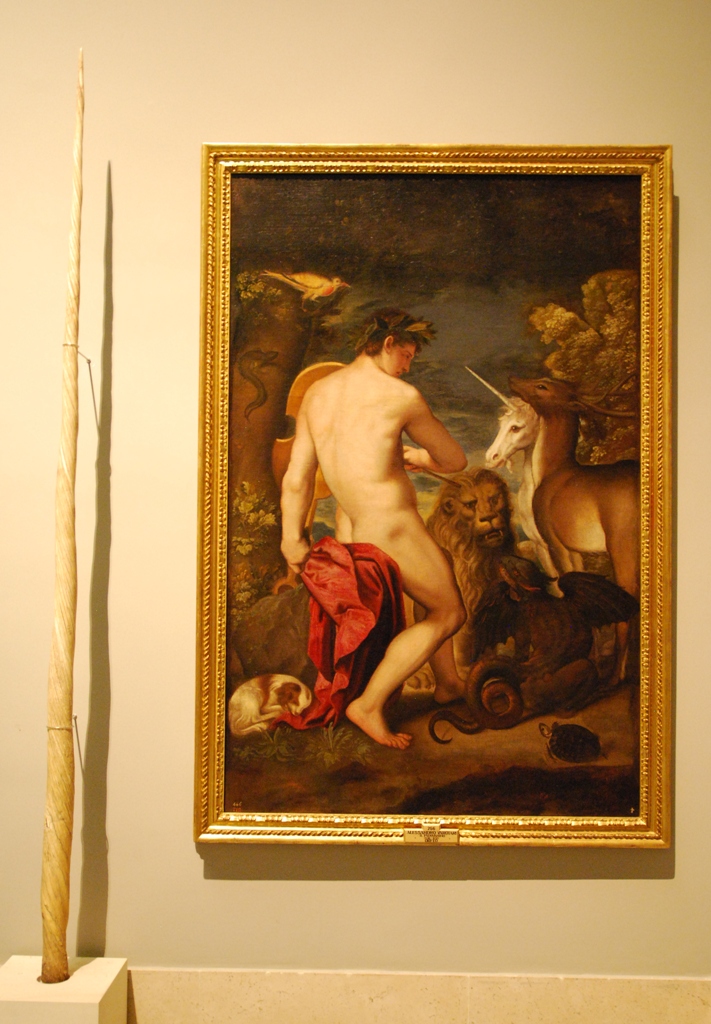 He clearly had a lot of fun doing it.  What would spice up Dürer's Adam and Eve? A serpent skeleton!  What would offset the witches in Goya's Great He-Goat? Two toads, a bat skeleton, a moose (really) hoof, and some brimstone!  And of course he couldn't raid the Spanish royals' hoard of stuffed animals without taking at least one bull - this imposing specimen graced Rubens' Rape of Europa.

But even these obvious juxtapositions, because so unusual in an art gallery, were thought-provoking.  It was perhaps a no-brainer to put a narwhal tusk alongside Varotari's Orpheus and the Animals, but it was still powerful in raising the historic cultural associations of unicorns and the natural material that was traded across the world in support of those myths.

And there were more subtle allusions too.  A glowing review in the Times Higher Education singled out the tiny albino sparrow perched high above the massive Las Meninas. Blanco imagines it outside the window looking in at the royal court - its placement so high up complemented the airy composition of the painting.

Blanco had written explanatory labels for each pairing, explaining why he had chosen the object to accompany the painting and what features of each he was trying to draw out.  These plaques were not intrusive - anyone wanting to construct their own narrative was free to do so - but they provided a starting point for visitors to think through the juxtapositions. 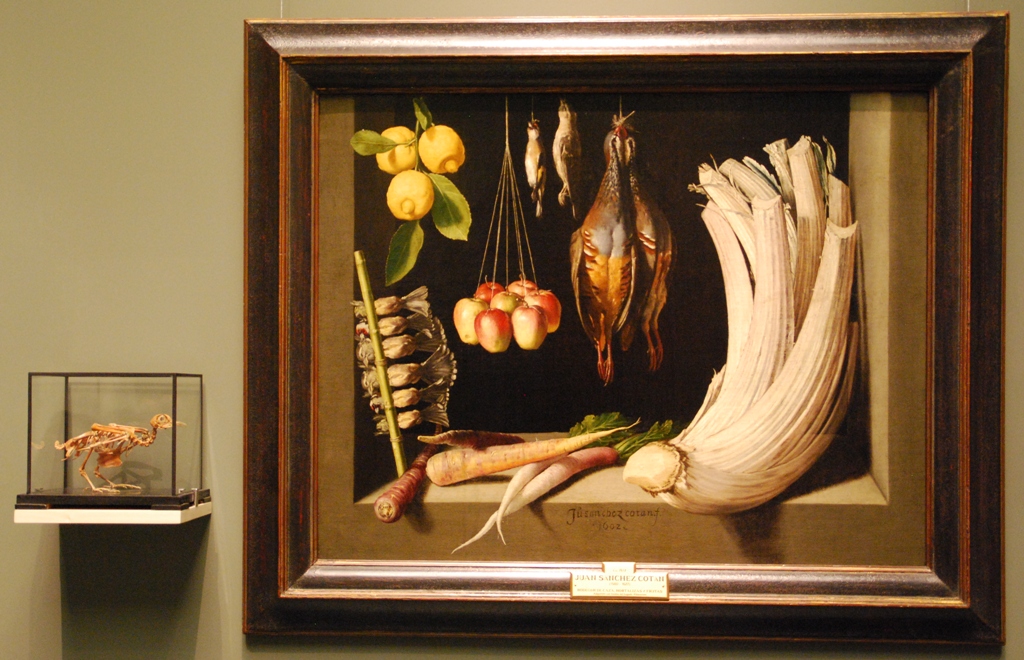 I loved how this exhibition made me look and look again at the paintings, forcing me to consider not only their subject matter but also their cultural connotations, both at the time they were produced and today.  How many still lifes full of meat have we admired, without thinking of the animals that died to fill the larders of the seventeenth century?  Blanco chose a squab to accompany a painting by Juan Sánchez Cotán; his bodegón has been thought austere, but it was opulent compared with the spare skeleton of the pigeon chick alongside it.  What are we to make of the fact that the hanging pheasants are somehow more beautiful in two-dimensional death than the vestiges of the chick that never reached full maturity?

So Blanco still left plenty of questions unanswered.  But by taking a clear premise - putting the natural historical collections of the royal family back alongside their more familiar art collections - he told a simple story very well, making me think much more deeply about the Prado's artworks and their significance.

What about the second museum, I hear you ask!  Come back soon to hear all about a tiny treasure in Burgos!
Posted by Seb Falk at 23:13