An evolving gem of Paris

The last couple of times I wrote about museums on this blog (here and here), I was at least somewhat critical.  So I'm pleased to report a really positive museum visit. 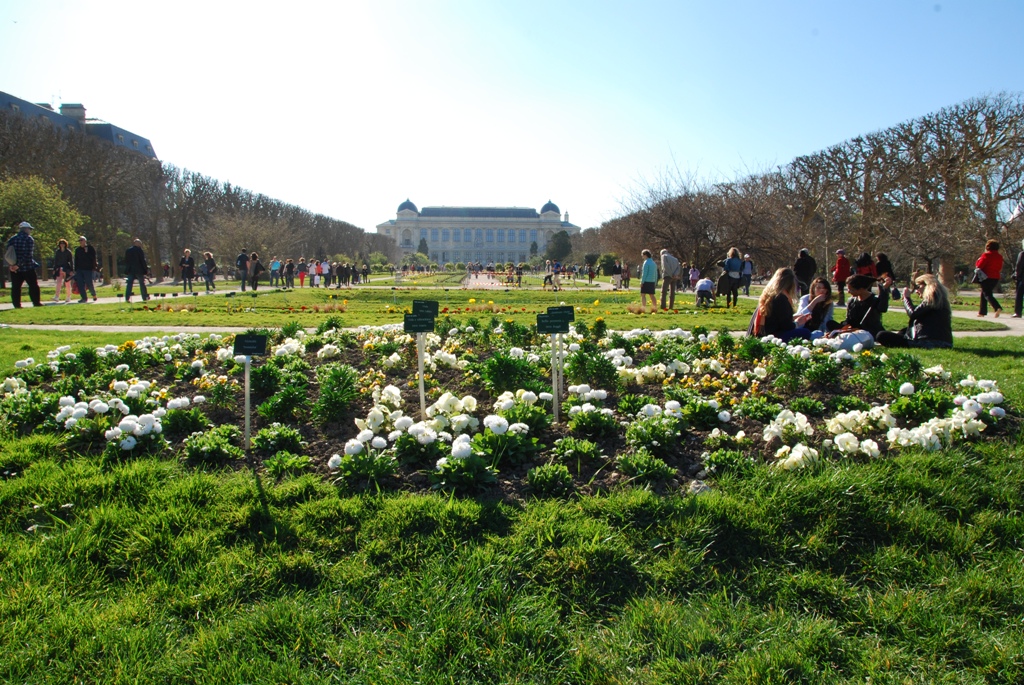 The Jardin des Plantes is one of the more popular visitor attractions in Paris, especially on a lovely spring day (like last Sunday, when I was there).  It's been a centre for the study of botany since the 17th century, but it was under the stewardship of the Comte de Buffon (from 1739 until his death in 1788) that it grew into the archetypal complex of Enlightenment science.

As the pictures on the left show, it's changed little since his time.  Alongside the botanic garden are museums of botany, geology, palaeontology, and of the history of the site, and a growing zoo.  And the Grande Galerie de l'Évolution.

Although the name suggests a museum solely about evolution, it has a much broader scope, closer to London's Natural History Museum.  (Confusingly for someone used to the NHM, the French Muséum national d'histoire naturelle refers to a whole collection of places, including the entire Jardin des Plantes site and all the museums mentioned above, as well as several other museums, gardens and zoos within and without Paris.)

The Grande Galerie was inaugurated in July 1889, just a few weeks after the Eiffel Tower, during the Exposition Universelle.  Originally called the Museum of Zoology, it was designed to provide a more spacious setting for the old Cabinet of Natural History, which itself had replaced the old royal Cabinet of Curiosities after the Revolution, and which occupied the small building now dedicated to the history of the Jardin.  The new building was a strong statement of commitment to the advancing science of zoology, and remains a hugely impressive space today: a gigantic open hall overlooked by three levels of arcaded balconies.

The Grande Galerie (re)opened with its current name in 1994, after a major refurbishment following decades of neglect and closure.  And it is well worth a visit. 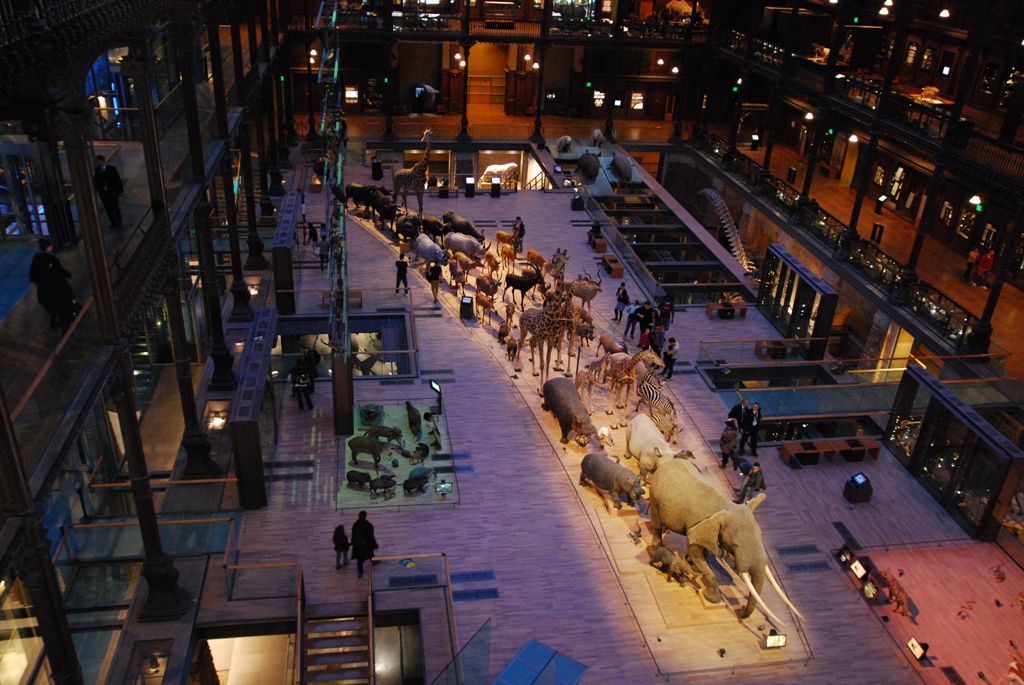 It makes great use of that gallery space with a parade of taxidermied animals, as if filing off Noah's ark (though in many cases there are more than two gorgeous examples of a species).  This is surrounded by skeletons of whales, astounding arrays of butterflies, creepy specimens in blue glass jars... You name it.

But what I like about this museum is that it draws you in with the big spectacle - the amazing richness and diversity of the natural world - and then when it's got your attention, it has the time and space to present many different approaches to the study of that incredible subject matter.

So there's a section dedicated to the history of zoology (slightly tucked away at the top of the building, but never mind) with explanations of the development of scientific theories alongside specimens associated with important figures like Lamarck, Cuvier and Darwin.

There's a case dedicated to explaining taxidermy.  And there are changing displays for children - when we were there, one focused on the biology, history, mythology and conservation of the narwhal.

Zoologists might find something to criticise here: there's little scientific explanation of how animals come to be the way they are, and not too much about the relationships between them (genetic or in terms of diet/habitat).  And if you want fossils, you'll have to go across the Jardin to the Galeries d’Anatomie comparée et de Paléontologie.  In fact, now that I think about it, Grande Galerie de l'Évolution is rather a silly name for what is an old-fashioned museum of zoology.  But for that old-fashioned zoological spectacle, which nonetheless leads you off in various thoughtful and occasionally unexpected directions, I strongly recommend it.