Croissants and Communication at the Catalan Congress

I have just returned from the XII Trobada (twelfth congress) of the Societat Catalana d'Història de la Ciència i de la Tècnica (SCHCT - Catalan Society for the History of Science and Technology).  This conference was held in Valencia, Spain, and I was honoured to be able to attend and present a paper on a globe in the collection of the Whipple Museum here in Cambridge.

I thought I would post some thoughts on this conference while it is still fresh in my mind.  It was my first academic conference, so I can make no direct comparisons, but I still came away with some strong impressions.

First and foremost, I thought it was a well organised, wide-ranging conference.  The venues were ideal and the hospitality arrangements were excellent: good accommodation and plentiful refreshments (hence the title of this post) certainly made a favourable impression on me! The talks were well scheduled and, although the focus was naturally on Iberian (and especially Catalan) subjects, impressively wide-ranging.  Most speakers managed to produce succinct, interesting 15-minute talks, though a disappointing number of people chose to read from pre-prepared scripts and PowerPoint was not always well used!  Here and there there were stimulating questions that led to interesting discussions.  Overall, then, I had a fantastic time and got a great deal out of the experience.

All that said, here's what this blog post is really about: the issue of language, which is undoubtedly where the conference made its strongest impression on me.  Since this was the Catalan Society of the History of Science and Technology, you probably won't be surprised by the following breakdown of languages: of 104 presentations at the conference, 66 were in Catalan, 33 (including mine) were in Spanish, and 5 were in English.  Also probably unsurprising is the fact that 40 of the presentations were given by representatives of just two universities: the University of Barcelona and the Autonomous University of Barcelona.

Now, I'm really not sure what I think about this.  Of course I'm in favour of cultural diversity and I'm aware that languages are becoming extinct at an alarming rate (check out the World Oral Literature Project, based at Cambridge and Yale, if this is a subject that interests you).  I'm also aware that Catalan language and culture, in particular, were suppressed for forty years during the dictatorship of Francisco Franco.  It is surely positive for people to be able to present papers at academic conferences in their native language, and for a language to be used in the full range of possible registers and settings (rather than narrow domestic, non-literary settings, as might happen). 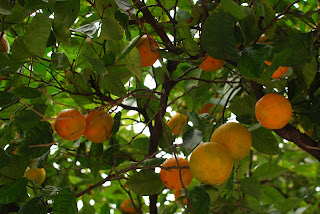 But the fact is that there was no-one at that conference who spoke Catalan but not Spanish; all 66 of those talks could have been in Castilian.  Now, most people who speak Spanish can probably follow the general gist of a presentation in Catalan (especially the relatively comprehensible Valencian dialect; not so much the Barcelona accent, and much less the dense Balearic version), but it is certainly going to limit their ability to grasp its finer points, and particicipate in discussions.  If the organisers are proud of the growing international nature of their conference (there were speakers from the Czech Republic, Mexico, Portugal and the UK) and want that trend to continue, wouldn't they be better off encouraging presentations to be given in Castilian?  Wouldn't it better serve the purpose of breaking down barriers between academics, promoting the history of science and publicising their impressive research achievements?

Still, members of the Catalan Society are rightly proud of their achievements: by all accounts it is thriving, more active than its Spanish counterpart.  If they can't give presentations in Catalan at their own biennial conference, when can they?  At a time when Catalan independence is very much in the news, this is clearly a live political issue - apparently the hostel I was due to stay in cancelled the Society's booking when they heard who had made it. 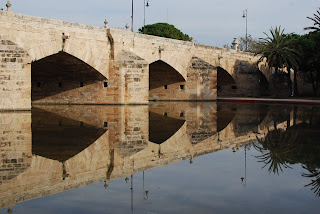 What do you think?  Is it bigoted of me even to raise the issue?  I should emphasize that in general I was content to listen to talks in Catalan (I tweeted from many of them; they're collated here), though I obviously got more out of those in Spanish.  There was just once I found it a little irritating: after a talk in Catalan, I asked a question in my competent but obviously accented Spanish.  The speaker replied in Catalan.  To me, that was just plain rude, but it was the exception: most conference-goers were happy to speak Spanish or even English, and there were some native speakers of Catalan who gave their presentations in Castilian.

In the Friday evening plenary, Charles Withers of Edinburgh University presented a talk entitled "Place, Space, Nation, Globe: Thinking about the Geographies of Science."  Using the examples of the Scottish Enlightenment, the development of Scottish identity through map-making, and the late-nineteenth-century prime meridian debates, he argued that we need to understand the importance of place and space (in both literal and figurative senses) to the development of knowledge; not only how knowledge is made in certain places and situations, but also the transactions between them.  These ideas are hardly revolutionary - Withers acknowledged his debt to a range of thinkers, from Bruno Latour to Jim Secord - but the talk certainly got me thinking about the ways that science and its history are communicated, not to mention the multi-layered geographies of Spain.

That's enough from me - I look forward to your comments.  I'm off to listen to the new BBC Radio 4 series "The Invention of Spain".  Its webpage quotes historian Felipe Fernández Armesto: "I can't imagine Spain ever cohering.  If it did, it wouldn't be Spain."
Posted by Seb Falk at 21:25